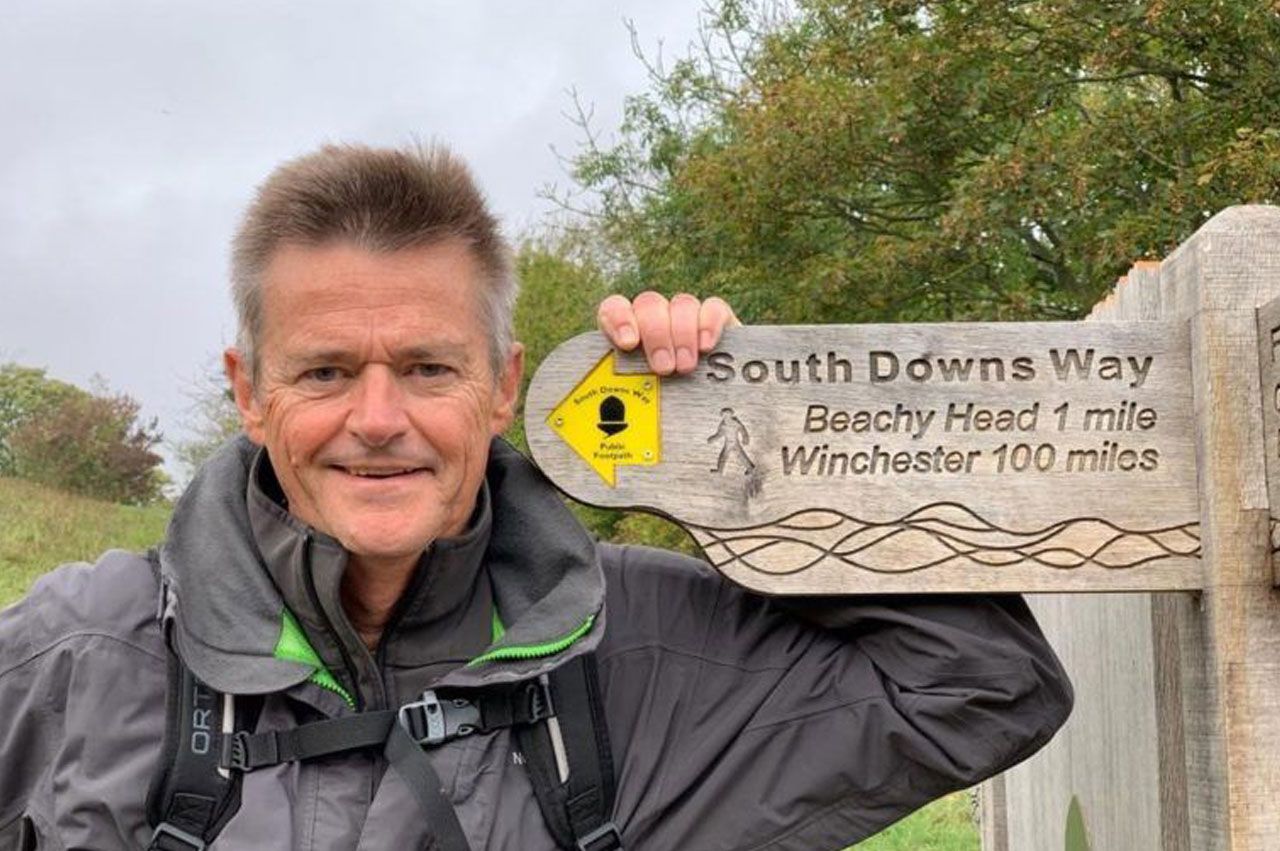 Walking the South Downs Way in support of the Queen Elizabeth Hospital Birmingham.

In March 2018 Paul received a shock when a routine visit to his GP revealed a tumour on his left tonsil. After an intensive course of radio and chemotherapy Paul received the all clear back in August 2018 and spent the following 6 months recuperating and attempting to put back on some of the 14kg he had lost during his treatment!

And finally this Summer he felt well enough to try and do something to both thank all those who had treated and cared for him in 2018 and help to repay in some small way the medical staff at the QE in Birmingham who had saved his life. He decided to walk the 100 miles from Winchester to Eastbourne along the South Downs Way.

Many thanks to all those who supported him and helped him raise over £36,000 for the QE Hospital Charity.

The link below to the Blog describes his journey.

Victoria Square House,
Victoria Square, Birmingham,
B2 4BU
07876 560 569
This email address is being protected from spambots. You need JavaScript enabled to view it.